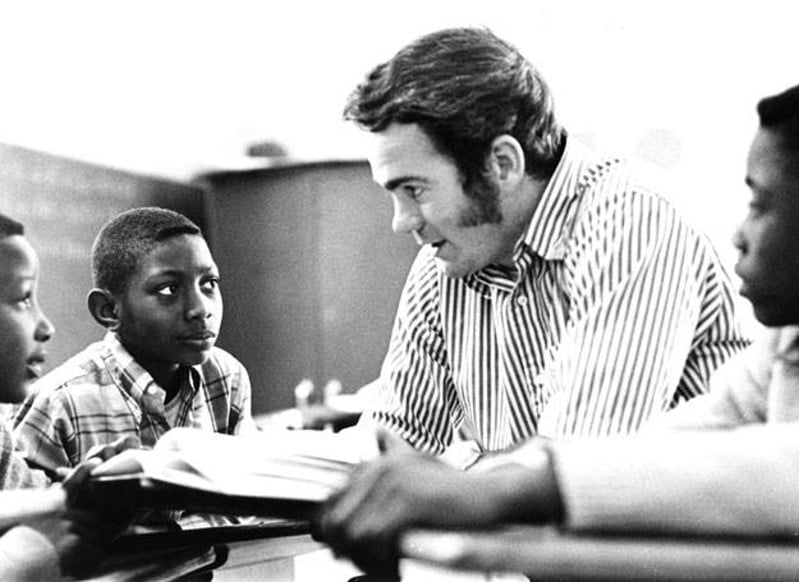 Part of the Pat Conroy Literary Festival, Oct 19-22, and the Beaufort Theatre Company’s production of Conrack: The Musical, October 13-22, two exhibitions will be on display at the University of South Carolina Beaufort Center for the Arts lobby, beginning on Friday, October 6, through Sunday, October 22. Both exhibits honor Pat Conroy’s role as teacher and mentor, in keeping with this year’s festival theme of the Transformative Power of Education.

Pat Conroy at the Daufuskie Island School:
Photos and Text by Billy Keyserling, with Additional Photographs by Paul Keyserling and Sallie Ann Robinson

A series of more than a dozen exhibition panels showcases the 1970 photographs of Billy and Paul Keyserling of Pat Conroy’s storied year of teaching at the Mary Fields School on Daufuskie Island. Billy Keyserling’s photo essay, originally written for a class at Brandeis University, tells the story of that experience. Sallie Ann Robinson, one of Conroy’s Daufuskie students, shares her photographs of their class trip to Washington, D.C., and Paul Keyserling’s photos–several appearing in this exhibit for the first time on public display–also chronicle the students’ trip into Beaufort.

Drawn from materials in the Pat Conroy Archive at the University of South Carolina Libraries, this exhibit explores Pat Conroy as a lifelong teacher and learner. Beginning with Conroy’s time as a student at Beaufort High School during his Junior and Senior years, moving to journals and letters he wrote during his time teaching on Daufuskie and finally, highlighting addresses and writings from his career as a bestselling author where he advocated for teachers, this exhibit demonstrates how much Conroy admired, encouraged and championed educators and educational equality.