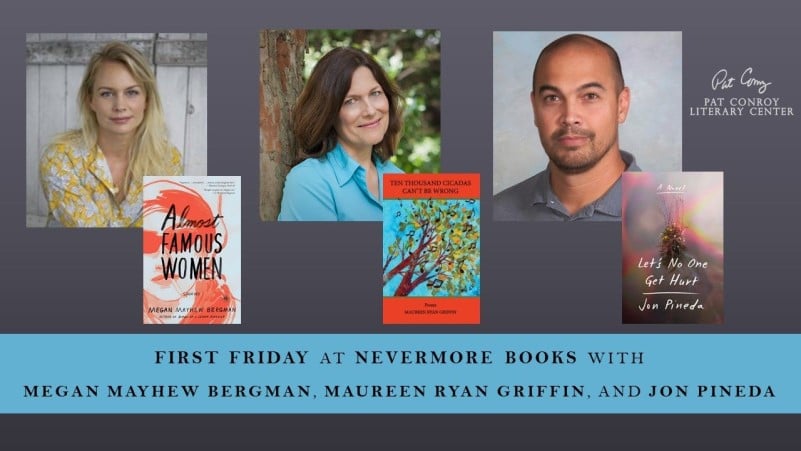 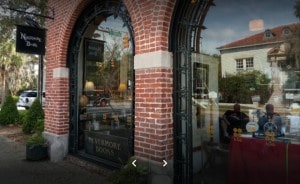 FIRST FRIDAY AT THE NEVERMORE BOOKS WILL FEATURE:

Megan Mayhew Bergman is the author of Birds of a Lesser Paradise, Almost Famous Women, and a forthcoming novel with Scribner. She has served as the associate director of Bennington College’s MFA Program, and now teaches at Middlebury College, where she is the director of their Bread Loaf Environmental Writers’ Conference. Her work has been published in the New York Times, New Yorker, The Guardian, Ploughshares, Paris Review, Oxford American, and Best American Short Stories. She was a fellow at the American Library in Paris and received the Garrett Award for Fiction from the Fellowship of Southern Writers. She resides on a small farm in Vermont with her husband and children. www.meganmayhewbergman.com

Award-winning poetry and nonfiction writer Maureen Ryan Griffin has taught writing and creativity workshops for nearly fifteen years at many locations, including Queens University, Central Piedmont Community College, and the John Campbell Folk School. Maureen has also been a commentator on Public Radio Station WFAE 90.7. She has penned This Scatter of Blossoms, When The Leaves Are In The Water, and Spinning Words into Gold and her work has appeared in numerous publications, including the Charlotte Observer, St. Anthony Messenger, Potato Eyes, Kalliope, Chelsea, Cincinnati Poetry Review, and Catfish Stew. 10,000 Cicadas Can’t Be Wrong is her latest book of new and selected poems. She lives in Charlotte, North Carolina. www.wordplaynow.com

Jon Pineda is the author of the novels Let’s No One Get Hurt and Apology. His memoir Sleep in Me was a 2010 Barnes & Noble Discovery Great New Writers selection. He is also the author of three poetry collections: Little Anodynes, winner of the 2016 Library of Virginia Literary Award, The Translator’s Diary, winner of the 2007 Green Rose Prize, and Birthmark, winner of the 2003 Crab Orchard Award Series in Poetry Open Competition. Pineda lives in Virginia and teaches at the College of William and Mary, where he is director of the creative writing program. www.jonpineda.com