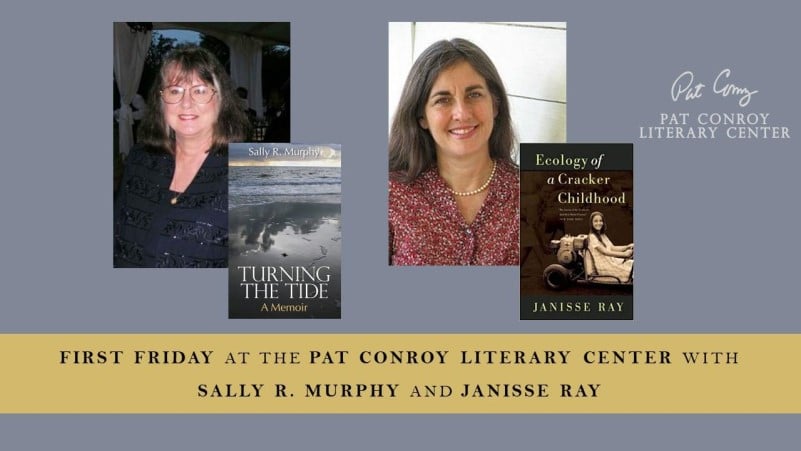 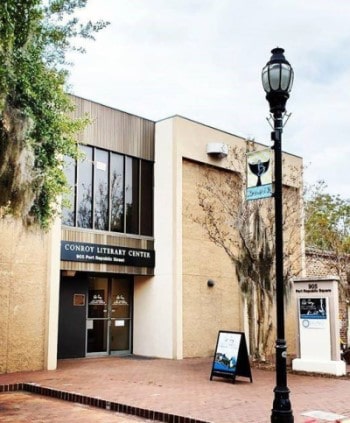 FIRST FRIDAY AT THE CONROY CENTER WILL FEATURE:

Sally R. Murphy’s Turning the Tide chronicles the creation of South Carolina’s sea turtle program, the evolution of the International Sea Turtle Society and the ACE Basin, and documents the decades-long battle for use of turtle excluder devices (TEDs) to protect sea turtles. Filled with stories, both funny and sad, Turning the Tide describes one woman’s triumphs, both personal and professional, against tough odds. She was hired by the South Carolina Department of Natural Resources in 1973 as their first Environmental Education Specialist. She worked for 30 years as a wildlife biologist in the SCDNR. Murphy lives on the edge of the Ace Basin near Sheldon, South Carolina.

Janisse Ray is a writer, activist, and naturalist who has authored five books of literary nonfiction and a collection of eco-poetry. She was a 2015 inductee into the Georgia Writers Hall of Fame. She holds an MFA from the University of Montana and two honorary doctorates. She was the Rubin Writer-in-Residence at Hollins University during spring 2018. Her first book, Ecology of a Cracker Childhood, recounts her experiences growing up in a junkyard, the daughter of a poor, white, fundamentalist Christian family. The book interweaves family history and memoir with natural history writing. The book won the American Book Award, the Southern Book Critics Circle Award and the Southern Environmental Law Center Award for Outstanding Writing on the Southern environment. Janisse lives in southern Georgia.