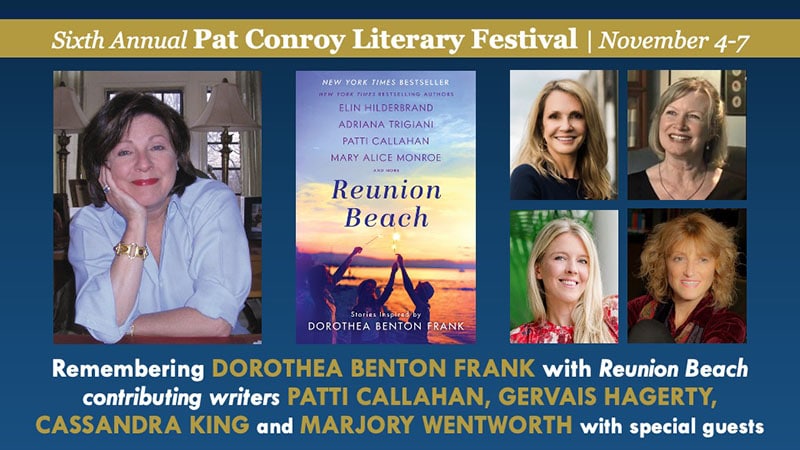 Copies of Reunion Beach and books by the presenters will be available for sale and signing through Beaufort Bookstore. 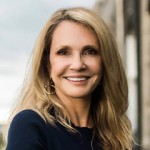 Patti Callahan is the New York Times, USA TODAY, and Globe and Mail bestselling novelist of fifteen novels, including Becoming Mrs. Lewis and Surviving Savannah, out now, and Once Upon a Wardrobe, forthcoming in October 2021. A recipient of the Harper Lee Distinguished Writer of the Year, the Christy Book of the Year, and the Alabama Library Association Book of the Year, Patti is the cofounder and cohost of the popular web series and podcast Friends & Fiction. www.patticallahanhenry.com 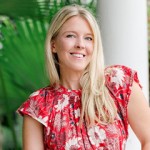 Author of the debut novel In Polite Company, Gervais Hagerty grew up in Charleston, South Carolina. She earned her B.A. in psychology from Vanderbilt University. After a post-college stint in Southern California, she returned to the east coast, where she worked as a news reporter and producer for both radio and television broadcasts. In 2013, she earned her M.B.A. from The Citadel, and soon after became a professor, where she taught Leadership Communications. As the director of Patricia McArver Public Speaking Lab, she coached students, faculty, and staff to become effective speakers. She also advised the college’s public speaking club. She is a board member of The Charleston Council for International Visitors and serves on Charleston’s Bicycle and Pedestrian Advisory Committee. She lives in Charleston with her husband and daughters. https://gervaishagerty.com

Cassandra King Conroy is a best-selling novelist whose fiction has won the hearts of readers everywhere, especially in the American South. The Same Sweet Girls was the national number one Booksense Selection, and spent several weeks on both the New York Times and USA Today bestseller lists. Both The Sunday Wife and The Same Sweet Girls were nominated for Southern Independent Booksellers Association’s book of the year award. A fourth novel, Queen of Broken Hearts, set in King’s home state of Alabama became a Literary Guild and Book-of-the-Month Club Selection as well as a SIBA bestseller. The fifth novel, Moonrise, was a SIBA Okra Pick and a Southern Booksellers bestseller, as was her book of non-fiction, The Same Sweet Girls Guide to Life. Her memoir, Tell Me a Story: My Life with Pat Conroy, was released from William Morrow in October 2019 and won SIBA’s Southern Book Prize for nonfiction in 2020. She resides in Beaufort, where she is the honorary chair of the Pat Conroy Literary Center. www.cassandrakingconroy.com 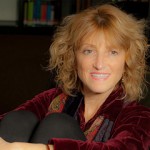 Marjory Wentworth is the New York Times bestselling author of Out of Wonder, Poems Celebrating Poets (with Kwame Alexander and Chris Colderley). She is the co-writer of We Are Charleston, Tragedy and Triumph at Mother Emanuel, with Herb Frazier and Dr. Bernard Powers and Taking a Stand, The Evolution of Human Rights, with Juan E. Mendez. She is co-editor with Kwame Dawes of Seeking, Poetry and Prose inspired by the Art of Jonathan Green, and the author of the prizewinning children’s story Shackles. Her books of poetry include Noticing Eden, Despite Gravity, The Endless Repetition of an Ordinary Miracle and New and Selected Poems. Her poems have been nominated for The Pushcart Prize seven times. She served as the poet laureate of South Carolina from 2003-2020. Wentworth is on the Board of Advisors at The Global Social Justice Practice Academy, and she is a 2020 National Coalition Against Censorship Free Speech is for Me Advocate. She teaches courses in writing, poetry, social justice and banned books at The College of Charleston. www.marjorywentworth.net